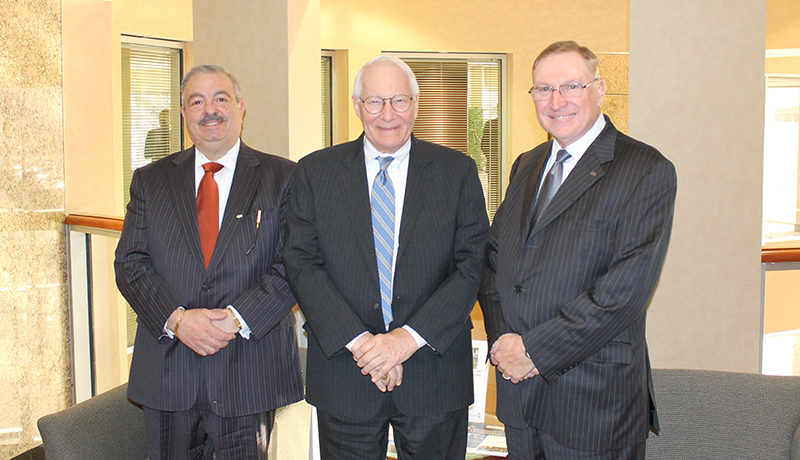 Spencer Savings Bank, a community bank headquartered in Elmwood Park, N.J., has re-elected three members to serve on its Board of Directors through January 2019.

Albert Chamberlain, José B. Guerrero and John S. Sturges each accepted their offers for re-election at the bank’s 2016 Annual Meeting held on January 23rd in Elmwood Park, reaffirming Spencer’s leadership and continued success.

“We are pleased to have Mr. Chamberlain and Mr. Sturges continue their service on the Board of Directors. Their expertise and financial acumen will serve as assets to Spencer’s Board and to the bank” stated José B. Guerrero, Chairman, President and Chief Executive Officer. “I am committed to working collaboratively with the Board of Directors and the executive management team to continue bringing value to our members and to the communities in which we operate.”

Albert Chamberlain has served as Director of Spencer Savings Bank since 2006. He was previously employed with the bank as a Vice President & Treasurer from August 2003 to March 2005. Mr. Chamberlain brings years of experience in banking and treasury.

John S. Sturges has served as Director of Spencer Savings Bank since 2007. He was previously the President of Siebrand-Wilton Associates, Inc., and also served as Managing Principal of the company’s Benefits and Compensation Design Group. Mr. Sturges is an active member of the Human Resource Planning Society, Society for Human Resource Management, World at Work, and the International Foundation of Employee Benefits Plans.