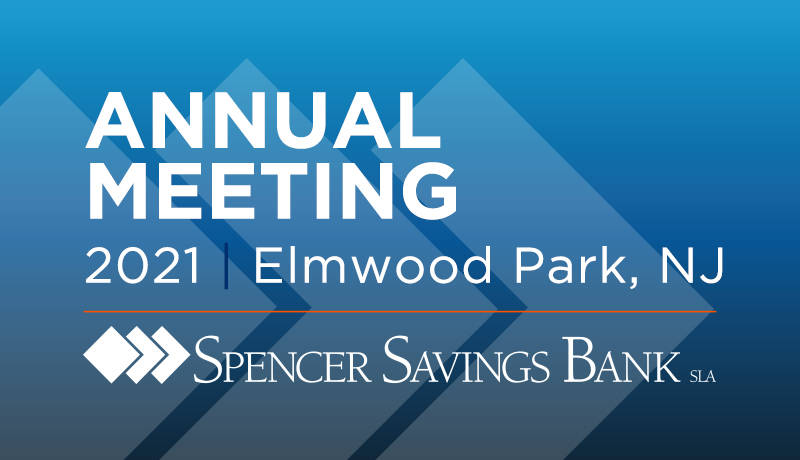 “We are pleased to announce the re-election of Peter J. Hayes to our Board of Directors. Over the years, his extensive business experience and support has guided us well in achieving continued, sustainable growth in our organization,” said Jose B. Guerrero, Chairman and CEO of Spencer Savings Bank. “We are also delighted to welcome Thomas and Ada to our Board of Directors. They are community-focused individuals with extensive knowledge, expertise and recognized leadership (both professionally and philanthropically). We look forward to partnering with them on growing both our company as well as our community.”

Peter J. Hayes has served on the Board of Directors for Spencer Savings Banks for many years. Past career  positions include President, CEO and Chairman in both private and public companies. Peter has also served on various board of directors for both retail companies and non-profits.

Thomas Duch has been the City Manager for Garfield, N.J. for almost two decades. He is former Mayor of Garfield, former Assemblyman for the State of N.J. and has served as an Attorney at Law for many years. Tom has served on past boards and is active in many civic organizations.

Ada Melendez McGuinness was previously Vice President, Director of Community Development at a large regional bank. She has over thirty years of experience working in the areas of banking, community development, new business development and more. Her professional background includes work in the public, government and private sectors. Ada has served on past boards and is very active in the community.